Description of Works Carried out

A single 30 sq. m. space transformed into a home complete with all mod cons. 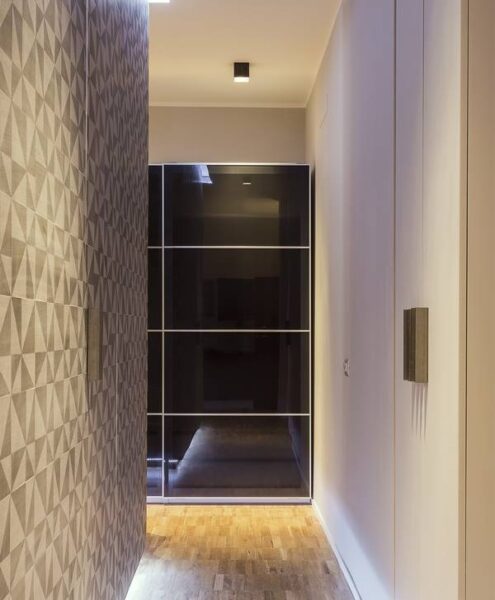 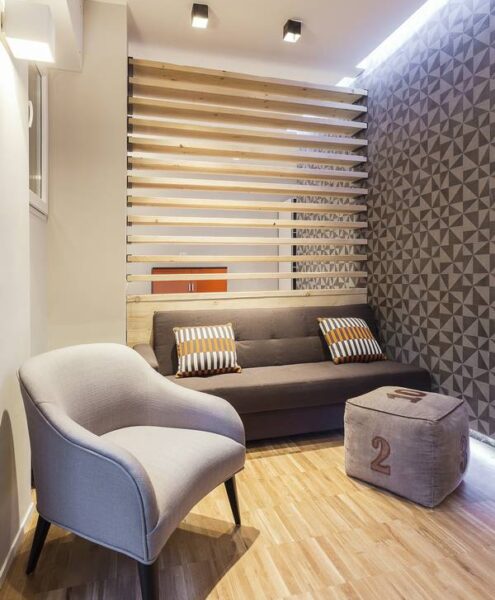 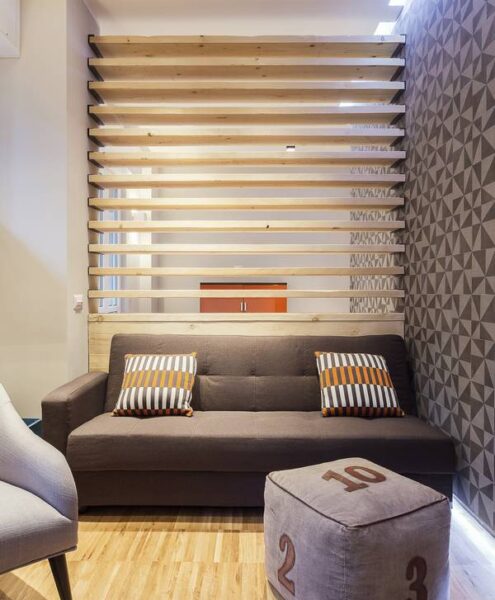 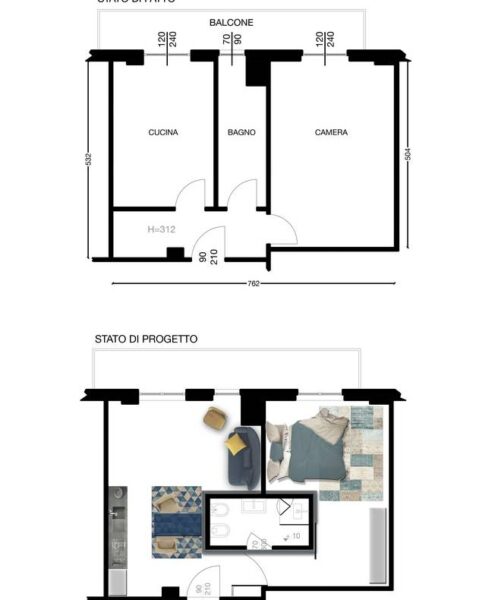 The flat has its limits in the perimeter walls; the bathroom “box” was positioned in the centre of the room, raised on industrial beams which, in turn, sit on the inside of the box’s perimeter, thus giving it a lighter feel. This allows a better use of the space and generates the necessary dynamics for a couple creating their own home.
Filters have been positioned between the various areas by using new materials but also recycled one, such as the scaffolding wooden planks from the building site. The result is a formula that lets the couple live their 30 sq. m. with the comfort of more than one space.
The design of the lighting system was a particular moment within the project as it contributed to emphasising the spaces.
The bathroom box, covered in soft coloured wallpaper, creates a background for the entirely white, larger “box” which is the house itself.
Recycled materials such as scaffolding planks and industrial beams were used, surrounded by parquet flooring in warm oak.